If you have forgotten your password you can reset it here.

Where To Study in Australia?

Are you an aspiring student who is willing to study abroad? Are you looking for a country that offers high-quality education, a high living standard, and job opportunities? If yes, Australia has got you covered!

Australia is home to 43 universities and is one of the most popular study destinations for international students.

If you are ready to explore the study culture of the Kangaroo land and seeking the right place to pursue your desired degree, here we have a list of the top places to study in Australia: 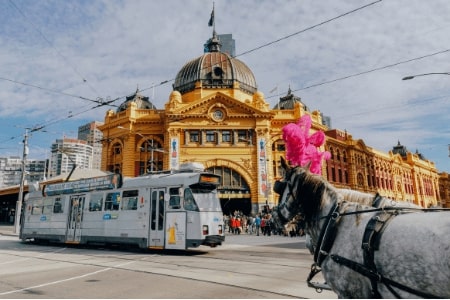 Melbourne, the cultural capital of Australia, is one of the top destinations for international students to study.

Ranked as the most liveable city in the world, Melbourne is the second best place for studies after Paris. The headquarters of the largest corporations are situated in Melbourne.

This Australian city welcomes international students to pursue studies at the top universities.

It also offers multiple things to do, like attending live music, sporting, and comedy events. The city is home to 7 universities and has achieved the best score in the index of “student mix.”

Apart from reflecting a high standard of education, Melbourne is also ranked higher in terms of finding employment. Because of that, students from all over the world choose Melbourne as their study and work destination. 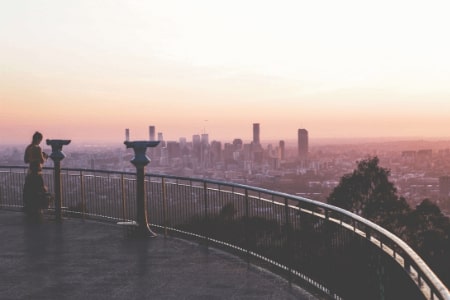 Brisbane, the third most populated city in Australia, welcomes 50,000 international students each year.

Popular as a tourist destination, Brisbane is known for its beaches, urban and outdoor lifestyle, sunny climate, trendy nightlife and stunning art scenes.

Also referred to as a “new world” city, it is home to many major universities, out of which four are listed in the rankings of QS world universities.

Local universities offer around 9,000-degree courses at Bachelor, Master and PhD levels. The tuition fees charged at local universities are pretty low, which makes it the most affordable Australian city to study. 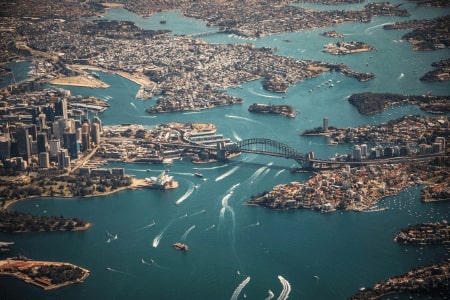 The largest city and financial hub of Australia, Sydney welcomes more than 50,000 international students every year.

Due to the larger economy, Sydney is many multinational corporations' financial centres and headquarters.

Sydney is also rated among the top cities for students in the world. Studying in Sydney opens new horizons for international students. 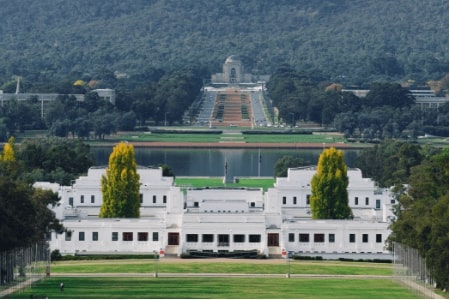 Canberra is the national capital of Australia. Every year, the city hosts 35,000 students, out of which 9,000 are international students.

There are two local universities in Canberra, including the top-ranked National University of Australia.

The high-quality education, the perfect natural environment and the convenience of the modern city make it one of the favourite choices for international students to study in Australia.

The city is also home to many attractions and nature reserves like the Black Mountain Tower, Lake Burley Griffin, a Man-made lake right in the centre of the town, and the Captain James Cook Memorial.

Also, when it comes to expenses, it is one of the affordable study destinations with a high standard of living. 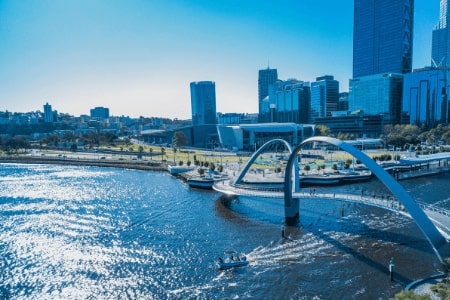 The capital city of Western Australia, Perth, is recognised widely as one of the ‘Educational Cities’ in Australia.

The city features a warm climate, various cultures, lovely beaches, universities and social activities. Perth grabs the attention of many visitors as well as international students.

This Australian city is also one of the most desirable places in the world. It has a high standard of living while at the same time it is affordable for international students.

Perth offers a lot of free things to do, such as outdoor activities, picnics, parks and more.

Some major attractions you can find in Perth are Kings Park, which is one of the largest inner-city parks in the world, an interactive science museum, and the Pinnacles, a desert landscape.

Australia provides some of the best cities in the world to study for international students. When it comes to education, Australia has the most prestigious universities in the country, which are well-known around the globe.

It is an affordable destination in terms of living standard, employment and tuition fees – these are enough reasons to choose Australia as your study destination.

What Are The Best Universities in Australia For International Students?

Here are the top universities in different cities of Australia:

What Are The Best Regional Areas in Australia for International Students?

There are four regional areas for students who plan to study abroad in Australia:

What Is The Best City in Australia for PR?

Australia is undoubtedly a fabulous place to live and work. Thousands of immigrants choose Australia for PR (Permanent Residency) as it is a developed country and provides ample opportunities for qualified learners and skilled employees.

When talking about the city which is the easiest to get Australian Permanent Residency and citizenship, Tasmania tops the list. The state accepts applications from people whose occupations are listed on the State Migration Plan and Consolidated Skilled Occupations List.

Besides Tasmania, you can also consider New South Wales and South Australia for PR.

New South Wales is also an excellent option for permanent residency due to its strong economy, which is expected to reach $1 trillion by 2030. South Australia is preferred for its relaxed and friendly lifestyle and affordable housing options to live and work.

Which City in Australia has The Most Jobs?

Australia's proud culture motivates everyone to be financially independent and expects them to contribute to the economy's development.

Melbourne and Sydney are the two more significant markets that provide maximum job opportunities with intense competition between job applicants.

Which City Is Best for Earning Money In Australia?

You can find big companies, industries, and offices in Sydney. It is the financial powerhouse of Australia, where all central banks, law, and insurance firms have their headquarters.

The city also houses famous telecom and IT companies. There is a huge demand for project managers, financial experts, technical consultants, and developers.

The city offers plenty of earning opportunities for domestic and international students, especially in the Medical, FMCG, and pharmaceutical sectors.

The top ten companies in Sydney are:

Which City Is Better For Students In Australia?

There is no one perfect city to study in Australia. As each student has different requirements and interests, deciding the correct city is a personal choice.

QS ranks the best cities for students worldwide based on the desirability, student reviews, employer activity, and affordability. 7 Australian cities were in the top 100 QS Best Student Cities Rankings for 2022.

The above cities are the most preferred study-abroad destinations among international students. They provide a culturally diverse environment and a great social life for students.

If your priority is safety, then Canberra and Adelaide are the top two safest cities, followed by Sydney, Brisbane, Perth, and Gold Coast. Standard transport options such as buses, trains, taxis, trams, or ferries are easily available in all Australian cities.

What Is The Cheapest Way To Study In Australia?

How Much Does It Cost To Study In Australia?

The Australian Department of Home Affairs advises students to have at least 21,041 AUD to meet their living costs in the country.

However, the amount may differ based on the city you plan to study in and your personal choices. Where Sydney is the most expensive city in terms of cost of living, Canberra is the cheapest among the top student cities.

Average cost based on levels of study in Australia

How Much Money Do I Need For an Australian Student Visa?

The possible expenses you incur are:

Applicants must show they have adequate personal funds to cover their travel expenses coming to Australia and support their stay. They need to show their bank statements to confirm the same. Fund Requirement: Student or guardian: AUD 21,041. Spouse or partner: AUD 7,362.

Can I Bring My Family To Australia on a Student Visa?

Yes. You can apply to have your family accompany you to Australia on your student visa application. On the visa application, you must declare your immediate family members (a parent, legal custodian, or a relative above 21 years).

What Is The Age Limit For an Australian Student Visa?

You can apply for a Student Visa in Australia at any age. However, the Department of Home Affairs will consider your age to determine the genuineness of your application. Special conditions are applicable for those who are below 18 years old.

What To Consider To Find The Best Place To Study in Australia For international students?

The best places to study in Australia are determined based on the following factors:

Which City In Australia has The Most International Students?

Do you wonder which is the best city in Australia to live and work for international students?

Perth – Overseas students are drawn to this city for its active lifestyle, almost isolated geography, high employability rate, a blend of city life and nature lure

Wollongong – Small population; abundance of beaches, and temperate climate are some characteristics that interest overseas students

Which Is The Cheapest City To Study in Australia?

We have listed different cities in descending order based on their average annual weekly living budgets to help you find the most affordable city in Australia for international students.

Is Sydney or Melbourne Better For Students?

Melbourne and Sydney are the two best cities for domestic and overseas students in Australia. Melbourne also called Australia's cultural capital, is crowned the best student city in the country.

It is amongst the best in Australia in terms of career prospects. With over 94,000 international students, it has the most foreign student population compared to any other city in Australia.

Besides learning, Melbourne is also an excellent centre for food, entertainment, and shopping and hosts several events that focus on arts, music, fashion, film, and much more. Melbourne is the headquarters of big firms like Commonwealth Bank of Australia, Coles Group, and BHP Group.

Sydney, on the other hand, is the financial powerhouse of Australia. It gives tough competition to Melbourne and is ranked just two spots above Melbourne in the QS Best Student Cities 2022 ranking.

Besides being home to various top-ranked institutions, Sydney has fabulous outdoors and offers a lively lifestyle, with numerous places for entertainment, including world-renowned venues like the Sydney Opera House.

Refer to the below Sydney vs Melbourne comparison to find out if it is more expensive to live in Sydney or Melbourne.

The above comparison shows that Melbourne is cheaper to live in than Sydney. Furthermore, you can find some serious real estate deals in Melbourne. Hence, you can live a comfier lifestyle in Melbourne than in Sydney.

Secondly, Melbourne's laid-back and friendlier culture makes it easier to secure a job than in Sydney.

Lesser traffic, diverse weather, the best tram system, and a vibrant nightlife are a few more reasons why students prefer Melbourne over Sydney.

Why Is Perth Better Than Sydney?

Perth and Sydney are two beautiful cities in Australia. However, if you have to decide between the two, then Perth is indeed a better choice to live in Australia for the following reasons: a

The difference in the cost of living is due to the stark contrast in property prices in both cities. Based on December 2021, the average property price in Perth was $529k, compared to $1.1 million in Sydney. Thus, if you plan to move permanently to Australia, living in Perth is much more economical than in Sydney.